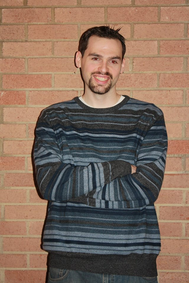 Mike Smith is an author, comedy writer and screenwriter.  Mike's collaborative style and unique writing techniques have resulted in national recognition, having written and contributed to a number of comedic events for the legendary Friars Club, including material for Robert De Niro, Jeff Ross, Harvey Keitel, Gov. Chris Christie, and more.﻿ He is the author of the coming-of-age novel "Miss Mezzanine", which IndieReader.com rated 4.5 out of 5 stars, describing it as "a lovely little book about the potential of turning points, romantic whims, and the willingness to be open to change and new experiences."﻿

H﻿is short film "The Gate Agent" premiered at the Pittsburgh Independent Film Festival in June 2013 and has been shown in several venues and festivals since, and his feature screenplay "South Star" was a semi-finalist in the International Screenwriters Association's ﻿2012 Emerging Screenwriters Competition. Mike also writes movie reviews and has interviewed some of the entertainment industry's biggest names, including Kevin Smith, John C. Reilly, and Lisa Lampanelli.  Most recently, Mike wrote, directed and produced the short film "Gala", which played a multiple film festivals in 2016. His most recent film "Stage Five" screened at multiple festivals in Los Angeles, New York City, and Pittsburgh.